Profiling Professionals is a series of articles that highlights individuals that don’t take the beaten path when it comes to their careers. If you know of anybody that fits this profile email Jose San Mateo at info@jasanmateo.com.

It’s fitting that Tricia Peterson’s career as an artist and her website Ratgirl Productions owes part of its launch to a corporate pet supply store’s need to shutter its business.

“I got laid off working a job for six days a week. I was managing a pet supply store and working my bum off,” Peterson said. “One day they set me aside and said the figures were not looking good. It really hit me hard, but I was in an ok place. Then it just clicked and I asked myself ‘why am I not doing art.’”

Ratgirl Productions is now two years old and what started out as an idea has grown into a business with a steady following. She still sets up shop at anime, comic, and furry conventions throughout California, at one point working a pace of three in one month, but now its to the point where she has a group of regular clients and now sells merchandise online.

Peterson always had an inclination for art. As a young girl growing up in the Napa Valley there was little else to do but spend time drawing up in her room.

“I definitely had a lot of free time and drawing tended to fill that up. When I was young, I’d spend a couple of hours on a doodle,  slaving away to get the perfect shading in. You go into kind of a zone and block out time.”

Her dad was a musician with a penchant for the arts while her mother managed a video store called Video Point in Sacramento. As a kid her family would often watch films together.

“I was born and raised in the Napa Valley; surprisingly not as a wine and dine personality,” she said. “I really had a lot of inspiration from things my parents showed me. My dad would bring home a lot of animated movies especially.”

Peterson hung out with a lot of animals and she often spent her days watching Looney Toons and Disney movies. She said her favorite movie was the Lion King, which had an influence on her style. Visit her website and nearly every page you’ll be greeted by a cute furry creatures that wear human clothes and stand up on two legs.

In the way of formal art classes, Peterson started with art classes and took a video production class at Napa High School during her junior and senior year. She got her hands on studio grade equipment and learned the tools of the trade for an animator. In the summer of 1999, Peterson attended a college level animation course in Valencia, CA at a school called CSSSA (California State Summer School for the Arts. She said that learning techniques like storyboarding and creating scripts were useful for her.

After High School she went to Santa Rosa Junior College and took courses online at Anthem College, but for the most part Peterson taught herself.

Peterson developed her own style through imitation. She would often fall in love with certain characters and stories, try and mimic them then incorporate it into into her own original works.

“I’d watch a movie, see a certain style then try and develop my own sorts of style in genres like anime or disney character types,” she said.

Learning this way allowed her to be flexible when it comes to commissioned works. She can easily adapt to what a client is looking for. Peterson said that clients are often surprised when they look through her portfolio and see all the different styles that she is able to do.

She still learns the same way, often watching animation from countries like France and Russia or exploring animated cartoons from decades past.

Striking it out on your own

Real life was often the most challenging part of pursuing a career in art. Peterson was always a hard worker and after high school she was working 40 hours a week in addition to taking her college courses.

She spent time working retail with a five-year run working at various WalMart’s, but it left her little time to work on her art.  She said, “Certain retail job required a lot of mental focus and my art would definitely take a beating. I wouldn’t draw something for months at a time.”

It wasn’t until she was laid off around Halloween in 2009 that she decided to commit much of her time to Ratgirl productions. She finally took the plunge after she went with her sister to the bank and opened a business account.

The skills she learned from working customer service were useful to her business. She was already saavy with social media and knew how to design a website for herself. It also helped to have strong support from her family.

“I am really thankful from my husband and friends and family who have been supportive of what I’ve been trying to do,” Peteson said. “They would ask  ‘are you sure you want to do just this?’ whereas the average joe will ask ‘how do you make a living?’”

The two most difficult things about starting Ratgirl Productions was time management and marketing. She said that becoming a sole proprietary business was juggling being the boss, production artist, public relations writer and everything else.
A typical day is often a lesson in multitasking.

“Pop in movie to get some inspiration and let my mind flow. I’ll definitely try to keep a somewhat rigid schedule so I don’t work on one thing all day,” Peterson said. “I try to  mix it up and work on couple of different things at once so I don’t get restless and fatigued.”

The more difficult task is marketing. With so so many different artists out there, it’s difficult to get yourself noticed so she spends a couple of hours scouring facebook and social media interacting with her fans.

“Regular posting on my site and keeping a good online presence shows people I’m not just a part time artist, but I’m but here to stay,” Peterson said. “It gives them security that they can hire me and I’m not just going to blow them off. I give each project their due time and people appreciate that.”

Not all of her time is spent online though, she also hits the convention circuit working the artist alleys and dealer room. Peterson said that she had been frequenting conventions as a fan for years so it was natural to bring Ratgirl productions to conventions.

“More often I am trying to keep a face to face presence at conventions,” Peterson said. “It’s really major haul getting to every single events. Whenever I’m at conventions it’s usually on a professional level at dealers room or artists alley.” 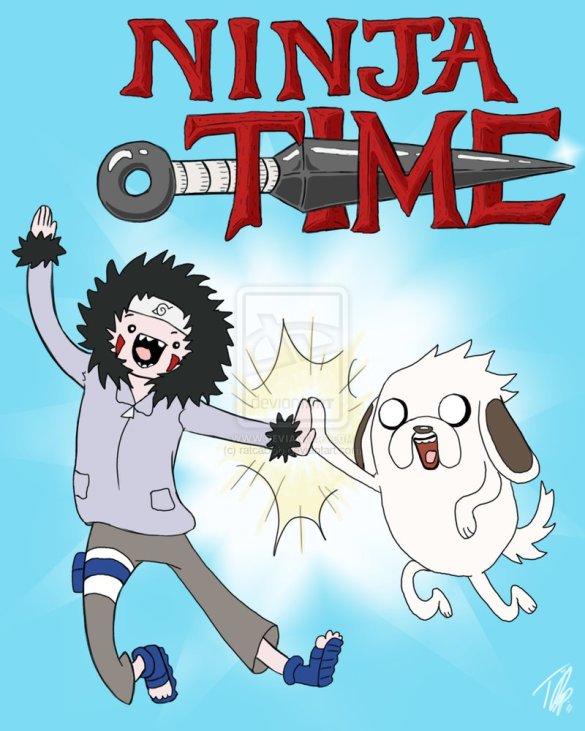 This is a parody inspired by The Cartoon Network Show Adventure time and the popular anime series Naruto. She said It’s a fan favorite on her pages and often the kids that see her at conventions recognize the style. 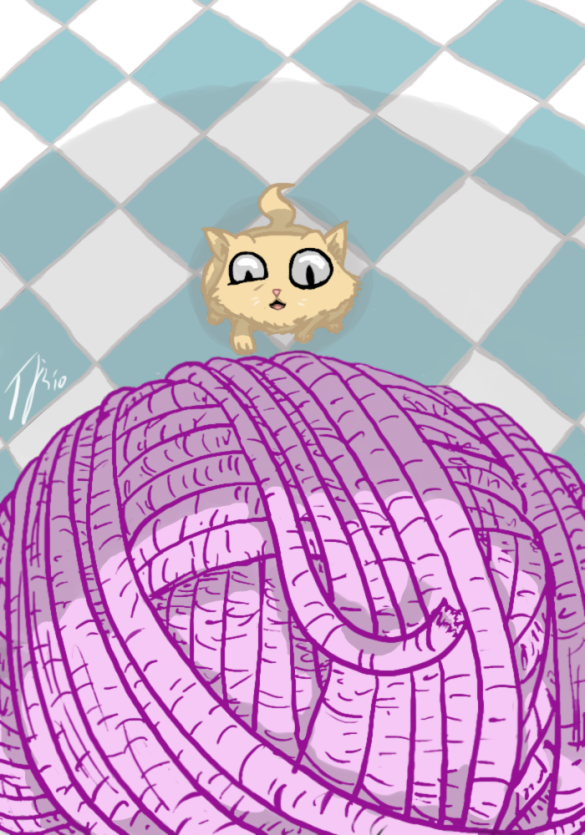 This started out as a request from friends to build a little bit more artwork in her portfolio. The very flat style is inspired by some of the more recent cartoons on Cartoon Network.

Produced inbetween getting laid off and starting her business. She produced this piece after seeing a contest on Deviant Art. The theme was Dreams and nightmares.